Only in the dark can one truly see the light.

Dark Light is an award-winning alternate history series presenting book bundles of interlinked stories from Turn-of-the-Century Toughs, a cycle of alternate history series about adults and youths on the margins of society, and the people who love them. Set in the nineteenth and twentieth centuries, as well as in a future that never existed, the novels and stories take place in an alternative version of America that was settled by inhabitants of the Old World in ancient times. As a result, the New World retains certain classical and medieval customs.

The volumes below are e-book collections of stories from the Turn-of-the-Century Toughs cycle. The same stories can also be found on the individual series pages, often with fuller story summaries.

Honored in the Rainbow Awards 2016 in four categories, for the collection Risk:

Honored in the Rainbow Awards 2017-2019 in two categories, for the collection Danger:

"These are people, not just characters. They each have their own unique voice." —Rainbow Awards judge. 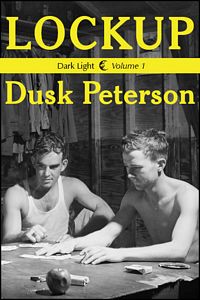 Deep underground lies a prison filled with idealistic men who have committed themselves to putting the best interest of their prisoners first . . . through torture. Soaring high in an adjoining nation are two "reformed" prisons where life prisoners (and a few sympathetic guards) must band together for survival.

Friendships between prisoners and guards, romance between two torturers, a young woman's appalled discovery that a dungeon-worker is courting her, desire and companionship in prison cells, a teenage guard's struggle to survive when his train is attacked by soldiers intent on slaughter . . . The two nations are broiling with events centered upon their prisons.

This historical speculative fiction volume explores with drama and dry humor the complexities of prison life in the nineteenth century, while taking a peek at the surrounding societies in the nations' alternate universe. Characters who appear in one story reappear in other stories, seen from a different perspective and at a different age.

In the Silence (Life Prison). He can't speak. He can barely see. He experiences only fear and the faint whispers of something he had once known. But an intruder into his secure retreat from danger will pull him into awareness of what stands before him. What stands there is renewed danger . . . and the hope of something more.

Green Ruin (The Eternal Dungeon). Three guards and a mysterious substance provide a temptation too great to be missed . . . especially when two torturers add their skills to the mix. Soon three very different men – a married man who is committed to respect and honor, a bachelor harboring secret desires, and a soldier with an unfulfilled ambition – will find themselves caught in a trap. Their rescue will come from an unexpected quarter.

Hunger (The Eternal Dungeon). Some hungers can only be satisfied by reaching out. As a prisoner struggles to find the right path, a foul-mouthed guard and an uncommon torturer will open a door . . . but stepping through a doorway with blackness beyond requires courage.

Never (The Eternal Dungeon). She was attending the ball at the palace to dance. That was all. Which made it annoying to face a proposal of marriage from a guard who was distinctly not the sort of man she would ever consider marrying. Certainly not.

The Whipping Post (The Eternal Dungeon). Ten minutes left to contemplate what lies ahead, before the end begins.

Broken (The Eternal Dungeon). What would happen if a technophobic torturer was plunged into the twenty-first century?

Torture (The Eternal Dungeon / Life Prison). When the High Seeker of the Eternal Dungeon visits a foreign prison, he discovers that his dark reputation has preceded him. So has the dark reputation of his dungeon. The host is eager to show him that matters are run very differently at Mercy Life Prison. The High Seeker has his suspicions about what he will find in that prison, but even so, he is not prepared for what the prison has to teach him about man's nature . . . and his own nature.

Cell-mates (Life Prison). Sentenced to life in prison, Tyrrell didn't have many opportunities for bed-play . . . unless he could count what the guards did to him as "play." So his future seemed brighter when he was paired with a cell-mate he'd been eyeing for a long time with affection and lust. If only Tyrrell could keep from becoming his cell-mate's latest murder victim . . .

Coded Messages (Life Prison). One of them rapes prisoners. The other wants to help prisoners. So why are they talking to each other?

Lord and Servant (Life Prison). A tramp and a lord may seem to make an odd pair. But Compassion Life Prison is an odd place to start with, and the tramp has his own perspective on life there. Will the lord listen?

Rain (The Eternal Dungeon / Life Prison / Commando / Michael's House / Waterman). Five boys. Five rainy days. Five opportunities for trouble. In this cycle of five short stories, five young men in troubling situations must make choices that will change the path of their upcoming lives . . . and the path of the societies they dwell in. 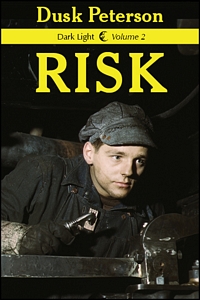 Until risk arrives, you never know how important the things are that you're required to risk.

A soldier must decide how high a price he is willing to pay for an unspoken bond. A journeyman must choose between an assured future and an untroubled conscience. A boy learns that his life is a lie and must decide which truth he desires. A servant and his beloved master face stark truths as their lives are endangered. A young torturer, satisfied with his lot, gambles everything he has ever valued to learn a new way of treating prisoners. A master must risk the future of his slave, or else risk his own future. . . . "Risk" looks at the dangers and rewards of taking risks.

The Unanswered Question (The Eternal Dungeon). No weapons, no allies, and no guarantees that he will survive the test.

The Lure (Waterman; formerly part of the Young Toughs series). His entire life has been a secret. Now he must rip open the secret.

Lost Haven: a master, his servant, and a disappearing island (Waterman). Amidst a servant's nightmare, can a haven of hope be found?

Journey to Manhood (Waterman; formerly part of the Young Toughs series). "Perhaps, when they spoke next, the other young man could tell Simmons of any masters here who were in need of an apprentice who was perilously close to the age of journeymanship."

Spy Hill (Life Prison; formerly part of the Commando series). On a hot summer's day, on a high hill surrounded by the enemy, the best battle-companion can turn out to be the truth. 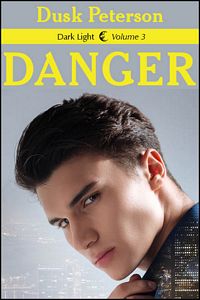 Soon after they were born, they were tattooed with the signs of their ranks: master or servant. Now, in the time between past and future, the youths of the Midcoast nations find themselves in predicaments and even high danger. Unable to flee their troubles, they face a thick, unyielding barrier . . . until the power of friendship breaks through.

Survival School (Waterman; formerly part of the Young Toughs series). Arrested for a crime he doesn't regret, Bat ends up handcuffed to a group of fellow city boys and sent on a long journey into the countryside. He know that he is being transported to a prison for delinquent servant boys, but what form will his imprisonment take?

Sweeping Day (Waterman; formerly part of the Young Toughs series). It's sweeping day again, and her task seems straightforward: clean the dirt in her master's study and leave. But Sally's master is no ordinary master, and Sally's sweeping could be the trigger for war. Finding herself in a dangerous trap, Sally must draw upon the wisdom of her allies in the servants' kitchen before disaster strikes.

Emancipation (Life Prison). Sling knows that his life's work has already been determined: he is to be a house slave, serving his master's son. But secret meetings in hidden places with his master's son make Sling uncertain of what will happen next. When news arrives of a proclamation that will allow Sling to leave his hated master, Sling faces a difficult choice: whether to flee to safety or to stay and face the dangers of an unknown future.

Far Enough Away (Waterman; formerly part of the Young Toughs series). For two years, since his parents left for the west coast of the continent, Phillip has lived in a mountain home, as far as he can get from society. But when the loss of his beloved companion forces him out of his refuge, he finds that the world is on the cusp of change. And he may be one of the few people left who is able to outrace that change.

New Day (Waterman; formerly part of the Young Toughs series). Kit has reached her apprenticeship birthday and is on a path to inherit power. But what sort of power will she wield?

Queue (Waterman; formerly part of the Young Toughs series). What should a young servant do when his employer may fire him at any moment, his employer's beautiful daughter is absorbed with her high school textbook ("How to be Firm with Servants"), and he's blocked from carrying out a simple task by a snooty cyborg?

AI  (Waterman; formerly part of the Young Toughs series). Tripp has two friends in high school: a rebel without a cause, and a girl fighting the social restraints upon her. But only one human being has any real hope of understanding Tripp, and he isn't human at all.

Shared Universes: Works set in the Turn-of-the-Century Toughs worlds by other authors and artists.

Next series by Dusk Peterson:

This text, or a variation on it, was originally published at duskpeterson.com as part of the series Darkfics. Copyright © 2002-2020 Dusk Peterson. Some rights reserved. The text is licensed under a Creative Commons Attribution Noncommercial License (creativecommons.org/licenses/by-nc/3.0). You may freely print, post, e-mail, share, or otherwise distribute the text for noncommercial purposes, provided that you include this paragraph. The author's policies on derivative works and fan works are available online (duskpeterson.com/copyright.htm).

Commoners' Festival and The Shining Ones have been moved to other series pages. The contents of Servant or Slave ("Lost Haven" and "Master's Piece") are now published in Risk. Click on the appropriate links in the previous sentences.