They are imprisoned until death, and their lives cannot get worse . . . or so they think. But when an unlikely alliance forms against their captors, the reformers risk losing what little comforts they possess.

Life Prison is an alternate history series on friendship, romance, and rebellion in nineteenth-century prisons.

Three honors in the Rainbow Awards 2014 for the novel Mercy's Prisoner:

Four honors in the Rainbow Awards 2016 for the novella Spy Hill, as part of the collection Risk:

"The world-building is exquisite. . . . The writing is fantastic. Each word shows talent and craft, research and imagination, passion and purpose." —Inked Rainbow Reads.

"Easily captures the minds of any reader, even those who might not think this to be 'their thing,' with its dark setting and even darker themes. But there is a point to all this seemingly unnecessary suffering and pain. Reformation is at hand and with it comes a serious call to action, to the re-examination one's own sense of morality and of right and wrong. Believe you-me, this book makes you THINK – about topics of discussion most would prefer never to think about or take into account." —Reckless Indulgence of the Written Word.

"Combining a historical background similar to that of Victorian [America] with a skilled perspective into the nature of human relations and a wide range of characterization, Life Prison is a real page-turner . . . This is a story – and an author – not to be missed." —Rainbow Reviews. 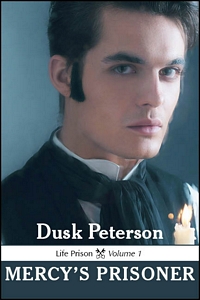 A cold-hearted murderer. A vicious abuser. A young man hiding a shameful secret. A bewildered immigrant. A pure-minded spy.

All of these men have found their appointed places at Mercy Life Prison, where it is easy to tell who your enemies are. But a new visitor to Mercy is about to challenge decades-old customs. Now these men's worst enemies may be hiding behind masks . . . and so may their closest allies.

Life Prison. In the unmerciful world of Mercy Prison, there is no rule but unending pain. For Merrick, the arrival of his new guard provides hope that he may break beyond the boundaries of his life prison. But appearances can be deceptive, and Merrick does not yet recognize the danger this guard poses to his future.

The Archive of Our Own version linked below is the original, shorter version of the novella that inspired the series.

Milord. He was the model prisoner, respectful to his guards and loyal to his fellow prisoners. What no one knew was that he held the key to destruction.

Isolation. Being locked in a prison cell can cause a man to re-examine his priorities. Especially when the door never opens.

Curious. His job is to guard the prisoners. But against what? 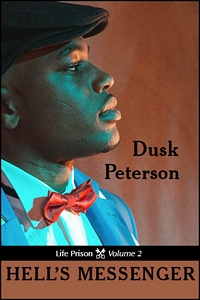 In Mip's most notorious life prison, Death appears in a strange disguise.

It had seemed for a while that the plan would work: a bold conspiracy by a group of idealistic prisoners and sympathetic guards to stop abuse at Mercy Prison. Then betrayal occurs, and Tyrrell finds himself in a new life prison, with new rules to be learned. No longer is he in a position of leadership; now he is surrounded by men who question his most fundamental values.

He has new allies as well: fellow prisoners who like what they see in him, a healer who refuses to accept current conditions, and guards who may or may not provide the help that the prisoners desperately need. But Hell's messenger, Death, visits Compassion Prison, keeping his face hidden until it is almost too late for Tyrrell to recognize his touch.

Trial. The prisoner has suffered endless pain and has raised a rebellion. Now he faces his greatest trial.

Tour. He has taken his first step to being accepted by the other prisoners. But what is the secret of the missing prisoners?

Initiation. At Compassion Life Prison, companionship comes with a price.

The fate of thousands depends now on the temperament of a group of murderous prisoners.

For decades, abuse by guards has been rife in the life prisons of the Magisterial Republic of Mip. Now the prisoners and their allies have reached the limits of their patience. But whether they will succeed in their battle depends on whether they can win over reluctant fighters.

At Mercy Life Prison, Harrow, still suffering from the heartbreaking loss of an old love, is determined to never again involve himself in controversies. At Compassion Life Prison, Tyrrell wishes to fit in to his new prison home, which means making no trouble. Both men will need keen incentive to risk themselves in a fight where the losers seem foreordained.

But secretive acts by guards at their prisons may leave these two prisoners with little choice. . . . 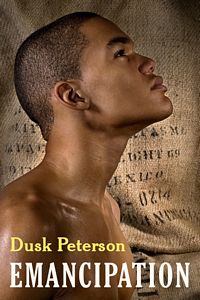 Set before the events of Mercy's Prisoner:

For centuries, the Kingdom Vovim to the northwest and the Queendom of Yclau to the southeast have fought each other for the border territory of Mip. Sometimes the Vovimians are lords of the land. Sometimes the people of Yclau are.

The only Mippites whose lives don't change are the slaves. Young Sling knows that his own life's work has already been determined: he is to be a house slave, serving his master's son. But secret meetings in hidden places with his master's son make Sling uncertain of what will happen next.

When news arrives of a proclamation that will allow Sling to leave his hated master, Sling faces a difficult choice: whether to flee to safety or to stay and face the dangers of an unknown future.

"Emancipation" is loosely inspired by events at a border-state manor during and after the American Civil War.

Five boys. Five rainy days. Five opportunities for trouble. In this cycle of five short stories, five young men in troubling situations must make choices that will change the path of their upcoming lives . . . and the path of the societies they dwell in.

When the High Seeker of the Eternal Dungeon visits a foreign prison, he discovers that his dark reputation has preceded him. So has the dark reputation of his dungeon. The host is eager to show him that matters are run very differently in Mercy Life Prison.

The High Seeker has his suspicions about what he will find in that prison, but even so, he is not prepared for what the prison has to teach him about man's nature . . . and his own nature.

He can't speak. He can barely see. He experiences only fear and the faint whispers of something he had once known. But an intruder into his secure retreat from danger will pull him into awareness of what stands before him. What stands there is renewed danger . . . and the hope of something more.

Set during the events of Mercy's Prisoner:

Sentenced to life in prison, Tyrrell didn't have many opportunities for bed-play . . . unless he could count what the guards did to him as "play." So his future seemed brighter when he was paired with a cell-mate he'd been eyeing for a long time with affection and lust.

If only Tyrrell could keep from becoming his cell-mate's latest murder victim . . .

One of them rapes prisoners. The other wants to help prisoners. So why are they talking to each other?

As guards send each other telegraph messages through their prisons' coding offices, strange developments occur in the life prisons of the Magisterial Republic of Mip: hardened prisoners become reformers, idealists dally with danger, and the prison keepers struggle to keep control. The strangeness will only become odder when two guards, who hold very different views on the proper handling of prisoners, strive to find common ground.

When you're a long way from home, you find companions where you can.

A tramp and a lord may seem to make an odd pair. But Compassion Life Prison is an odd place to start with, and the tramp has his own perspective on life there. Will the lord listen?

Set during a later period:

On a hot summer's day, on a high hill surrounded by the enemy, the best battle-companion can turn out to be the truth.

Rook and Fairview have worked alongside each other for years, first as officers in the navy, then as officers on a steamship, and finally as colonels in an invading army. Members of a nation where tiny differences of rank are considered all-important, the two men defy convention by treating each other as equals.

But now their life-long bond is about to meet its greatest strain, when they are ordered to seize and defend a hill whose landscape is unknown, in the company of soldiers who may be incompetent or treacherous. Will Rook and Fairview's friendship remain by the end of the battle? Or will their lives take an unexpected detour as they struggle to survive on Spy Hill?

¶ Publication note: Spy Hill was originally published as a side novelette in the Commando series.

Life Prison research. Blog entries by the author on research for the series.

Bibliographies for this series:
The Boer War and Turn-of-the-Century Firearms.
Masculinity, Crime, and Everyday Life in Victorian and Edwardian Times.

Shared Universes: Works set in the Life Prison world by other authors and artists.

Updated February 2020. All titles and ordering are tentative at this point.

This text, or a variation on it, was originally published at duskpeterson.com as part of the series Life Prison. Copyright © 2002-2020 Dusk Peterson. Some rights reserved. The text is licensed under a Creative Commons Attribution Noncommercial License (creativecommons.org/licenses/by-nc/3.0). You may freely print, post, e-mail, share, or otherwise distribute the text for noncommercial purposes, provided that you include this paragraph. The author's policies on derivative works and fan works are available online (duskpeterson.com/copyright.htm).